My sweet Elliott is 3!  My capacity to love just gets bigger as he continues to grow up before my eyes.

Two was not terrible.  Two was more fun than I have ever had.  Attention parents of older kids who want to warn me about how awful having a 3 year old will be: keep that crap to yourself!  I am too busy pretending to be a fire fighter, a construction worker, a member of the Paw Patrol, a patient of Doc McStuffins or a rock star to be negative. 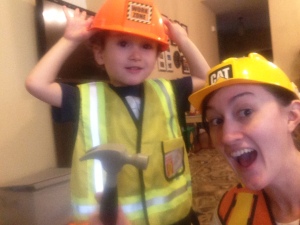 This year I watched a tiny toddler who barely put two words together start talking like an adult!  I cringe when I think of all the times people said “you will spend all this time wanting him to talk and then he will start talking and he won’t shut up.” The daily conversations we have are my most favorite thing ever!  My sincere prayer is that he never stop talking to me.  He sings songs – Church songs, songs about trucks, classic rock and Darth Vader’s theme song.  We like to mix it up around here.

His imagination is endless.  He sets up a scenario and we act it out until he randomly jumps into another world or worlds collide.  For example, he will have his toy horses talking to each other about what they like to eat then the next thing you know, the horses are complimenting Darth Vader on his cape.

I am smitten with the sweet way he shows his love.  “Thank you for making this yummy dinner, Mama” is about the lovliest thing I’ve ever heard.  He’s my snuggle bear, my little hand to hold, and my shadow.  There is nothing like a big kiss and a hug from a 2 year old! 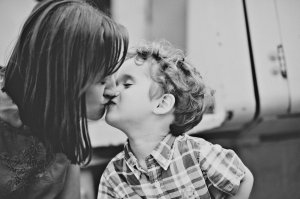 He loves to learn and as a 2 year old began to focus on things for more than ten seconds.  Some days we would sit and read stacks of books for almost an hour.  The preschool program at Community Bible Study was a highlight for him every week and he fell in love with the librarian during the “Time with Twos” storytime.  He learned to count and sing his abc’s and he can name any truck on the road.  I know because he screams out the name whenever he sees one.

He enjoys his friends and likes to chat with the people he knows.  He also likes his space and learned to tell me or anyone else when he needed a break or some quiet time.  He inherited my tendency to feed off the emotions of others.  Parenting him through this intense empathy can be challenging but only because I struggle with it myself.  As with most toddlers, other kids grabbing his favorite things made his head spin but we are working through that as well.  Seeing the social tendencies of another human develop really makes you reevaluate your own behaviors. 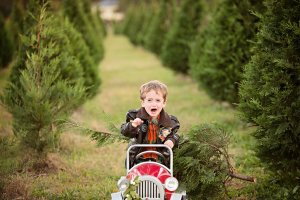 The thing about having a 2 year old, the great thing, not the terrible thing, is that the toddler’s craziness isn’t so different from your craziness.  When Elliott talked to me in a not so nice tone, I heard my own tone and we had to work on that together.  When Elliott freaked out because dinner wasn’t ready yet, I had flashbacks to all the times I have been “hangry” and wanted to kill someone.  Elliott and I are learning to navigate the challenges of handling emotions, things that make us uncomfortable and being told what to do and this growth started during his year as a 2 year old.

I am sure I’ve screwed up plenty of times this year.  Being a parent is really hard but being Elliott’s mama is an honor.  Standing witness to this year was beautiful, overwhelming, emotional and pure magic.  I am feeling so much joy as I enter life with a 3 year old.  So if you are a mama with a baby under 2, let me encourage you.  2 is amazing.  2 is a gift.